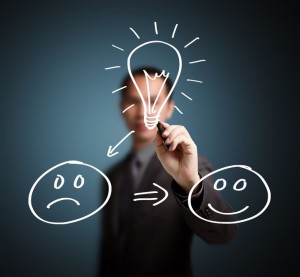 I’m not often shaken by a business turnaround story. This story is different, however, and one I couldn’t wait to share.

The Tragedy (or: How to Sign Up for Maximum Stress and Survive)

This story revolves around Wilh. Wilhelmsen, a Scandinavian shipping company, and it’s remarkable CEO, Ingar Skaug. Mr. Skaug left a highly successful term at SAS Airlines to accept this leadership position after the company’s entire management team (2 levels deep) was tragically killed in a plane crash. He described this as “the leadership challenge of a lifetime.”

Managing Transition (or: How to Succeed at Change)

Skaug’s first move was to observe – listening and questioning without commentary or action (what I call “data collection”). He observed employees, company culture, and customers, all rather quietly and under the hood. In this process, Skaug learned that this formerly successful, smallish company was in dire straights. Everything from finances to organization had crumbled and both people and processes were “paralyzed by grief.” Nothing was getting done and people were miserable.

Slowly, he began to seed a new company culture by focusing on values – namely, the importance of a compassionate but performance-based culture. He led the organization through “a full cycle of mourning” – marking the milestones of a full year post-plane crash. This grieving period culminated with a ceremony on the one-year anniversary of the accident – providing closure. By allowing employees the space and time to grieve, and by showing the respect due, Skaug earned their trust while simultaneously preparing them emotionally for the changes ahead. Psychologically astute, to say the least.

The turn-around began with Skaug’s identification of cultural problems and formulation of a vision for the culture he planned to create. He managed his own stress and that of his employees by providing brief but effective coaching (what I call “accountability sessions”). He made crystal clear the behaviors required to support the new company culture – a culture that would allow him, the company, and its employees to survive their loss and go on to thrive.

Skaug’s approach was a great example of managing change through values-driven leadership. Once values were institutionalized, decision-making on everything ranging from hiring to employee evaluations to company expansion became straight-forward. In this case, he particularly valued open communication, sustainable growth and personal accountability. Using a list of specific behaviors that support those values, he gave his employees the opportunity to comply. He did the painful work of weeding out employees who weren’t able to conform to this new culture, and the rewarding work of supporting those who could.

Not surprisingly, these changes clearly tracked with financial improvements, increasing buy-in by employees at all levels of the company. Once people saw the connection between the new culture and financial results, “commitment to a healthy, productive culture became part of our DNA.”

Of course, I won’t disappoint: this story has a happy ending. Skaug grew Wilmensen from a smallish shipping company to one of the world’s largest maritime and integrated logistics operations, with a presence in 100 countries. It is also considered a great place to work.

When attempting change, it’s critical to acknowledge the current circumstances and culture, and respect the associated emotional climate. “Data collection” without action to gain a complete understanding is the first critical step. Gaining clarity on values in order to create a healthy company culture, is the second step. Once instituted, this makes decision making straight-forward, astronomically reducing stress on the CEO and employees. Finally, values-based leadership enables the entire system to transition effectively.

Skaug is passionate about the impact of culture. He states that, “Culture drives your business, period…Get your culture right, hold firm to your values, and the financial results will follow.”

How can you use values-based leadership to improve your business and personal life?

For a more in-depth account of this successful transition, see The 5 Key Elements of Successful Business Turnaround: Turning Tragedy to Triumph.

For more information about Small Business Success System, drop me a line at Lyssa@LyssaMenard.com

STRESS RELIEF FAST!
..when your booming business is driving you bonkers...

We promise to never sell, rent, trade, or share your e-mail with any other organization.

STRESS RELIEF FAST!
..when your booming business is driving you bonkers...

We promise to never sell, rent, trade, or share your e-mail with any other organization.

Don't leave without your FREE Get-Your-Life-Back Checklist!
Stressed out? Get INSTANT STRESS RELIEF!

Learn 7 Quick Fixes to Feel Better NOW! Get Your FREE 'Checklist to Sanity'
I hate spam too. Your information will *never* be shared or sold to a 3rd party.