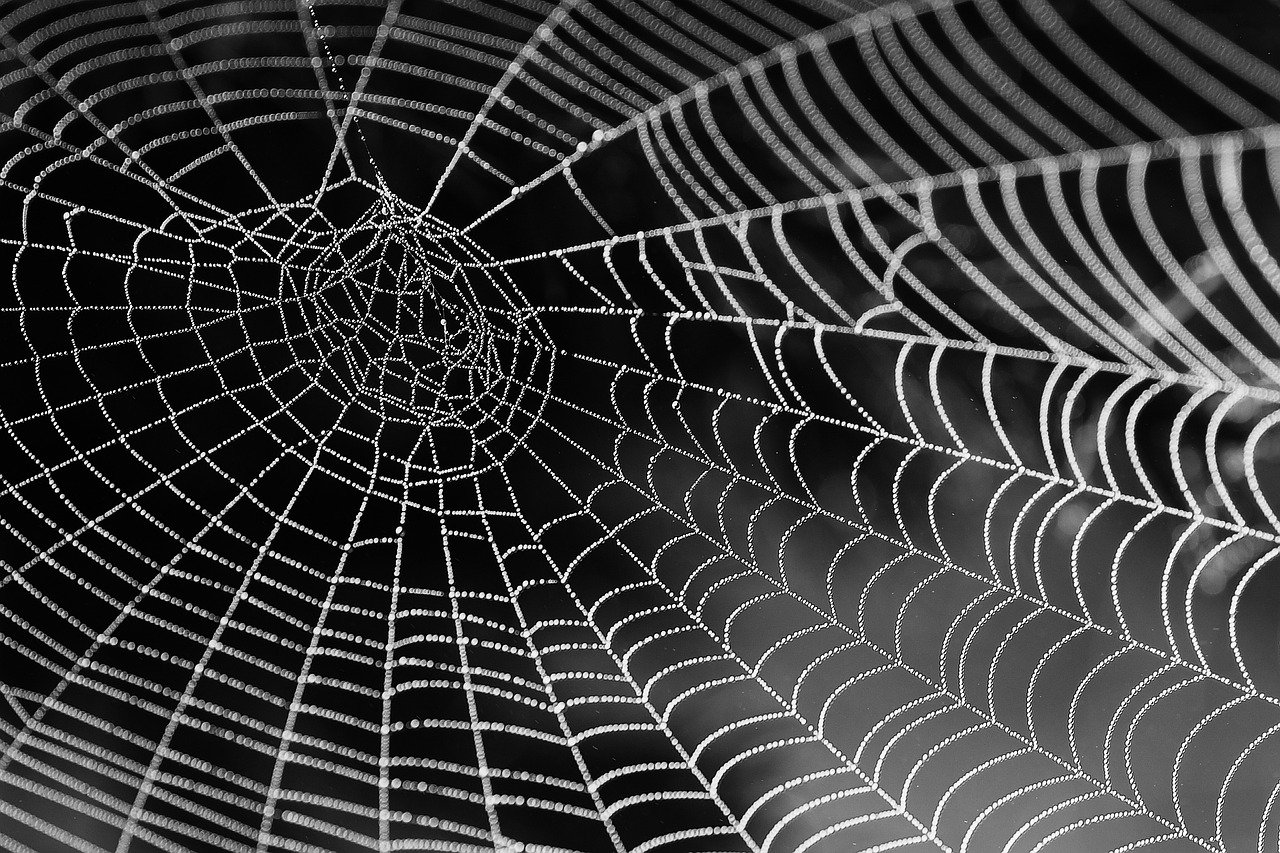 I’m in the midst of a weeks-long dance with intruders. On a daily basis, spiders parachute down to my penthouse balcony and weave their intricate webs along the railing. Unwilling to kill them, I greet them every morning, destroy their delicate homes and pray that today will be different – that they’ll finally take the hint and find a new habitat. By the following morning, they’re back and the dance begins again.

While I scour the internet for non-violent solutions, I find myself left with oddly universal questions. Why are these devils driven to reconstruct their webs every day, despite the inevitable destruction? And how are we humans exactly like those spiders, repeatedly returning to behaviors that are destined to fail?

How We Get Stuck

Like spiders, we have instincts. we’re hardwired for fight or flight when threatened.  We seek to avoid loss when secure. These are universal behavioral patterns. But we’re also plagued by the weight of our ginormous (comparatively speaking) brains. And oh man, do those 3 pounds of squishy stuff get us into trouble.

Here are just a few of the ways our not-so-smart brains can get us stuck:

One way or another, people get stuck and can’t see their way out. The outcome is unfortunate. Unlike my spiders, who return and spin with vigor on a daily basis, humans wind up feeling defeated by forces they can’t identify or explain and wind up with reduced aspirations, self-esteem, and life engagement.

Spiders have a built-in mechanism that guides their movement. They don’t get caught in their own webs because, by instinct, they avoid walking on the sticky silk they’ve spun. Humans aren’t as lucky. We step right in it – often, and with clueless vigor. And we stay stuck unless we find a way to work with the weave rather than against it.

How I Got Stuck

Early in the isolation of pandemic, I realized that I’d quickly slip into depression if I didn’t create a daily structure. I spun myself a web that was healthy, nurturing, and effective. My morning routine included sleeping until rested (no alarms! Yay! Love me a pandemic!), an online workout with a teacher I adored, zoom meditation, a healthy and hearty brunch, and administrative tasks – all before moving on to client calls. My pre-client routine consumed the morning, but I felt great, all considered. This system was effective at maintaining my mood. I was ok. Success.

There was just one negative side effect of this system: I wasn’t engaging in creative activities – most notably, writing – until late in the day, by which time I was spent. I produced nothing. Which was depressing. In other words, my web wasn’t catching the flies I needed for sustenance.

When I tried to change this pattern, I kept getting stuck in my own web. I wanted to be writing all morning and fill in later-day gaps with the activities from the routine I’d created. But I couldn’t. If I tried to change anything about my morning, my day fell apart and I wound up on tech – reading, emailing, or streaming. It felt bizarre, but I’m describing it here because this is common, if not completely normal.

Habitual behavior is hard to change. But this went beyond habit.

Sunk cost fallacy was in process here. I had an emotional attachment to this pattern that I felt had saved my sanity early in the pandemic. I was afraid to release it without a powerful structure in place. A desire to write was simply not a secure enough objective at a time when danger was literally in the air.

Repetition compulsion was also at play. My early life was strewn with a veritable cornucopia of abuse and the most powerful aspect of that was neglect. As a child, I built internal worlds to sustain me and they did their job. I lived to tell. In the isolation of pandemic, pain from the past threatened to overwhelm me, so I once again built a world to sustain and nurture. Again, it worked. Tearing it down seemed as insane to my unconscious mind as it sounded desirable to my functioning-adult psyche.

Yep, I was stuck in my own cobweb.

It’s All About Patterns

Here’s the thing about cobwebs: they’re actually quite beautiful – a glorious silken pattern spun by a spider’s hands, emanating from its inner being. They are the outward manifestation of the equally intricate and unique patterns that exist within humans. In both cases they serve a function and have a beauty all their own.

Humans are programmed to see the world in patterns. They allow us to cope with the barrage of sensory stimuli that greets our every moment. In fact, when there is no pattern to stimuli, we automagically create one out of chaos. We see things that aren’t there. And we believe that they’re real.

Trying to fight these patterns – to break free – is as useless as the struggle of a gnat once glued to a web. We’re doomed if we try to forcibly break the pattern. Rather, we need to work with the pattern – harnessing it’s pivotal characteristics.

I’d built a beautiful, purposeful, functioning web. Trying to destroy that pattern without weaving another that was equally sublime was useless. I was driven by a fear I hadn’t identified, unresolved childhood patterns, and a deep commitment to stick with what was working to keep me whole.

“The conventional wisdom these days is that you can change your situation but your problems will continue to pursue you. And while this is often true, sometimes the situation is the problem.” – Rabbi Alan Lew

I’ve written before about Write of Passage, the five-week course I recently completed. I enrolled in the hope that it would kickstart my creative juices and get me writing again. But I was not optimistic. Actually, I was cynical. I’d tried a lot of stuff. Nothing worked. I was pretty sure my writing endeavors were simply done. But I was wrong.

The course provided me with a new situation. That was a surprise. What I thought would be a few hours of lecture per week turned into a full-time endeavor. Built into this brilliantly designed cocoon (yes, I am mixing metaphors) was the structure, accountability, and community that my other attempts lacked.

Structure, accountability and community – oh my!

In addition to two live online classes per week, students started gathering in zoom-based writing groups. Suddenly, I had two writing communities that met at 9 and 10 AM every weekday. That prompted me to set the alarm for seven, get my act together and show up ready to work.

Feedback sessions met daily at 4 PM. Between ten and four, whenever my client schedule allowed, I had time to massage my articles and attend sessions with fabulous mentors who helped build multiple writing skillsets.

All this info is a bit humdrum until you notice what this situational change provided. My days were full and fulfilling – brimming with structure, accountability, and community. Pattern change was trivial once the situation had shifted. No effort required.

My main message is simple: Keep moving when you’re stuck. You’re not a gnat in a web. It just feels that way. Experiment often and hold the outcomes lightly. This is one of many situations where you can’t fail even if it feels like you’re flailing. You win or you learn. Keep at it until you stumble into a web that sticks just right and feeds your needs.

For my part, I discovered that the creative container of a writing group that supplied structure, accountability, and community spun a new pattern for me to inhabit. I’m stuck in all the right/write ways!

I wake up each morning hopeful that the spiders will change – that they’ll find another, more stable home so they can settle down unencumbered by the daily Lyssa natural disaster. My behavior is repetitive and repeatedly fails to achieve the desired results, but it’s not as strange as it seems. Spiders’ teeny tiny brains, consisting only of a couple of nerve clusters, have the mind-blowing ability to learn! Studies have shown that at least some spiders have the capacity to recognize when something isn’t working — a web in a particular spot, for example — give up the ghost and move to another location. So I’m going to keep training my balcony spiders and time will tell what we both can learn.

Meanwhile, I have my own cobwebs that continually need clearing.

← Prev: Change and the Search for Community: The Letdown Lean In Revisited Next: The Stages of Change for Writers: Insights from an Online Writing Course → 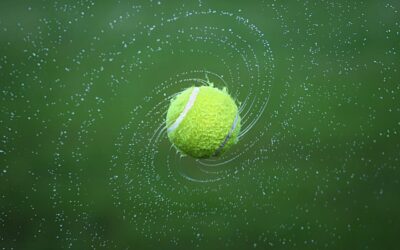 Serena Williams announced her impending retirement last week. When the news hit my feed, I was excited. A new stage of... 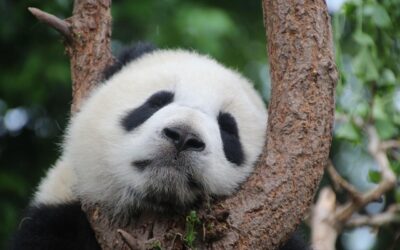 I only write when inspiration strikes. Fortunately it strikes at nine every morning.– William Faulkner Ah…the muse....